Doubling Down On Modern Day Slavery 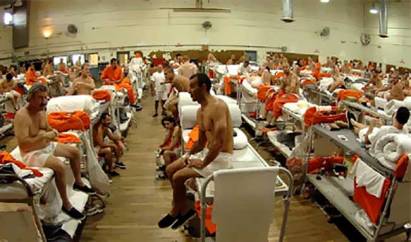 Don’t you get it? Jeff Sessions is an antebellum bigot whose agenda is to use the Department of Justice as a pipeline to provide modern-day slaves to the new plantation system, privatized prisons. 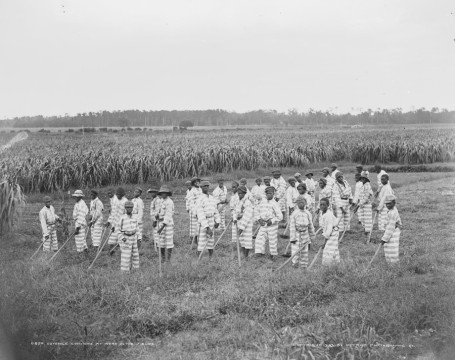 The Global Research Group says,“Human rights organizations, as well as political and social ones, are condemning what they are calling a new form of inhumane exploitation in the United States, where they say a prison population of up to 2 million – mostly Black and Hispanic – are working for various industries for a pittance. For the tycoons who have invested in the prison industry, it has been like finding a pot of gold. They don’t have to worry about strikes or paying unemployment insurance, vacations or comp time. All of their workers are full-time, and never arrive late or are absent because of family problems; moreover, if they don’t like the pay of 25 cents an hour and refuse to work, they are locked up in isolation cells.”

Attorney General Jeff Sessions ordered federal prosecutors to throw the book at crime suspects, reversing Obama administration efforts to ease penalties for some nonviolent drug violations. The Obama mandate sought to ease prison overcrowding and focus on rehabilitation, education and reduction in recidivism by breaking the cycle of criminal behavior learned in prisons

The Justice Department’s new directives go hand in hand with increasing the prison population of undocumented immigrants who cannot be sent back to countries that refuse to receive them.

Sessions eight-page memo returns to the guidance of President George W. Bush’s administration calling for stricter mandatory minimum sentences — and directing prosecutors to pursue the harshest possible charges limiting circumstances of exclusion. Sessions’ policy is broader than that of the Bush administrations.

Global Research says there are approximately 2 million inmates in state, federal and private prisons throughout the country. According to California Prison Focus, “no other society in human history has imprisoned so many of its own citizens.” 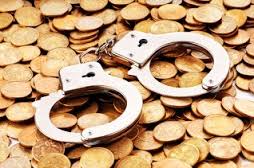 To give you a sense of just how profitable Session’s mandate is to private prisons,  human rights organizations have documented that harsh prison sentencing guidelines  are the factors that increase the profit potential for investors in the prison industry complex:

The passage in 13 states of the “three strikes” laws (life in prison after being convicted of three felonies), made it necessary to build 20 new federal prisons. One of the most disturbing cases resulting from this measure was that of a prisoner who for stealing a car and two bicycles received three 25-year sentences.

And you’d be surprised just what companies you hold near and dear profit from an increase prison slave-like labor force. At least 37 states have legalized the contracting of prison labor by private corporations that mount their operations inside state prisons. The list of such companies contains the cream of U.S. corporate society: IBM, Boeing, Motorola, Microsoft, AT&T, Wireless, Texas Instrument, Dell, Compaq, Honeywell, Hewlett-Packard, Nortel, Lucent Technologies, 3Com, Intel, Northern Telecom, TWA, Nordstrom’s, Revlon, Macy’s, Pierre Cardin, Target Stores, and many more. All of these businesses are excited about the economic boom generation by prison labor. Just between 1980 and 1994, profits went up from $392 million to $1.31 billion. Inmates in state penitentiaries generally receive the minimum wage for their work, but not all; in Colorado, they get about $2 per hour, well under the minimum. And in privately run prisons, they receive as little as 17 cents per hour for a maximum of six hours a day, the equivalent of $20 per month.

The sad truth is that according to Pew Research, after a period of steady growth, the number of inmates held in private prisons in the United States has declined modestly in recent years and continues to represent a small share of the nation’s total prison population.

In February, CNN Money reported that stocks of the two biggest private prison operators — CoreCivic (formerly know as Corrections Corp. of America) and Geo Group — have doubled since Election Day. CoreCivic (CXW) is up 140% since Trump won in November; Geo Group (GEO) has risen 98%.

For all the talk about how good Trump has been for big banks like Goldman Sachs, he’s been even better for private prison investors.

The reason private prisons are back in vogue is simple: Trump has made sweeping promises to crack down on crime and illegal immigration. Wall Street calculated quickly that Trump’s rhetoric is likely to translate into more people behind bars. And that means more profits for private prisons. It appears that CNN’s report was more than prophetic, it was a window into financial agenda of making Trumps billionaire friends rich through modern day slavery.

One thought on “Doubling Down On Modern Day Slavery”