Can We Please Go Back To Enjoying the Grandeur of Things? 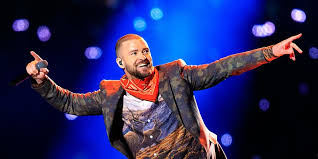 I am so annoyed that online second guessers, trolls, and “know-it-alls” had all these negative things to say about Justin Timberlake’s Super Bowl LII performance. They hated his outfit, they hated the song arrangements, they even hated that he had Prince make an appearance.

Yes, it is true that Timberlake’s outfit was so “low brow” that if you gave him a half drunk bottle of pluck and sat him in the NYC subway, everyone would pass him by as just another homeless wino. But with all the kids walking around in torn up jeans and paying hundred of dollars for clothing that looked picked out of Good Will, what’s the point of hating on Justin’s camo chic? 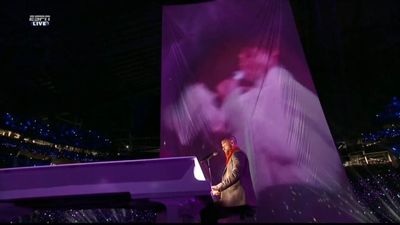 Then there are those who complained online that Prince would not have liked being projected as a hologram. NEWSFLASH!!! That was a projection on a screen not a hologram. And even if it were, we though Prince didn’t like drugs, so who are we to predict his disdain for a hologram?

And Justin’s music, so carefully nuanced as to hit everyone’s potential style of pleasure! Even drum corps enthusiasts would have loved the appearance of mellophones and baritones next to tubas and that crisp snare drum line.

Let’s appreciate the grandeur of what Pepsi and Justin did. Think about the hundreds of young people who got to appear in one of the best Super Bowls in recent memory. Think about the producers, production staffers, costumers, music arrangers, caterers, transportation and logistics specialists, studio crews, grips, gaffers, chaperones, and choreographers, all of whom had key roles in a very prideful enterprise. Think of the level of professionalism that it took to pull all of that off, even with those oh-so-slight hiccups.

Think about that kid who Justin chose to sing next to up in the stands, and take second selfie when the kid realized he blew the fist shot!

Think about what it took to turn downtown Minneapolis purple in a tribute to their favorite son, Prince.

When it comes to the grandeur of things, nothing short of a wardrobe malfunction should have been negative about that Super Bowl halftime “moment.”

Can we please go back to enjoying the grandeur of things?